Hello!
I have been an educator for 25 years. (OK,.. the real story is I have been a learner for 49!) This is my 23rd year in eighth grade at AMS. (I keep getting held back, one year,....... many, many years from now I am hoping to graduate to the high school.) My wife Pam, is a fifth grade teacher at Pine Ave. We live on a small farm out by Riverdale. My wife has well over 20 pets. (Kune Kune pigs, highland cattle, mini silky goats,
http://mulberrymeadowminisilkies.weebly.com/ chickens, you get the idea.) My wife and I have two children, both are in their late 20's. My son started out as a computer system engineer for Consumer Power (Now a computer projects manager for Consumers Power) and the other is a medical doctor.
I have one overwhelming hobby, this class. I love what I do. When I started teaching, I vowed that I would quit the first year that teaching was no longer fun for me. I have several hobbies. One is that I build things, (Plastic models, homes for animals that I treat like people and people who can act like animals.) I love the out doors and hunt. I read a bit. I also like music. I also really love computers. I have played most of the computer games you can name. I like to say I have grown older, not up, still love my toys, although they are bigger and more expensive! I have built several computers for myself and others and try to stay up to date on the latest trends. 8TT LOL (At the current rate, by the end of the year 2013, (Too bad for those who thought the world would end in 2012,... well, before we place blame lets face it,..... the Inca's never saw the Spanish Conquestores coming either!) Human knowledge of the contents of this universe will double every three months.) Most studies agree that at least 80% of all the jobs you will have in life have not been invented yet. I love a challenge! That is one reason I have made this an internet based class. 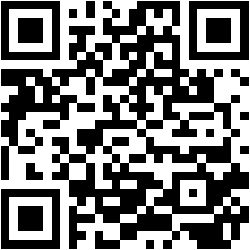 Flash, my 6th horse above-
My first horseback ride-
I decided to try horseback riding even though I had never tried it before. I got on the horse and began riding at a very slow pace. Eventually, the horse got faster and faster until I wasn't able to hold on. All of a sudden I felt myself slipping from the saddle.
In desperation, I decided to jump and try to save myself. So I jumped, but my foot got caught in the saddle stirrup and I was helplessly pulled behind the horse with my head banging on the ground.
I was battered and was nearly unconscious when, fortunately, I was rescued by Fred, the WalMart greeter, who unplugged the horse.